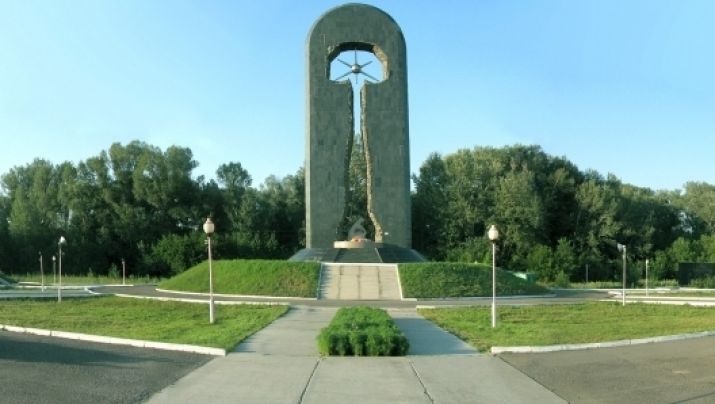 “Issues to be discussed may also include the problem of the proliferation of a nuclear threat in connection with the fact that there has been a steady opposition of some countries possessing nuclear weapons. A number of countries in the region are on the verge of acquiring these weapons.”

The First President of the Republic of Kazakhstan,

In his speech at UN Millennium Summit (New York, September 6, 2000)

Almost two decades have passed since Nursultan Nazarbayev stated the importance of this issue at the UN Millennium Summit. However, the erosion of the NPT regimes has become a reality, and the uncontrolled expansion of the circle of states, trying to obtain nuclear power, remains one of the most serious threats of the twenty-first century. Dissemination of nuclear weapon can threaten the international peace and security and have long-term catastrophic impact; thereby cause issues on interstate cooperation in the World Arena. It can be clearly understood that the whole cities can be destroyed and natural environment be jeopardized with various radioactive chemical elements within the composition of such a weapon.

Even though the great amount of treaties were established and signed since the first usage of atomic weapons in warfare in 1945, there still have been over 2500 nuclear tests conducted to date. The danger of nuclear weapons is due to the fact of its existence. Despite the fact that nuclear weapons were used in military operations only twice (Hiroshima and Nagasaki) according to some information, there are still about 22 thousand nuclear weapons in the world. Disarmament is the best way to protect yourself against such threats, but achieving this goal has proven to be an extremely difficult task.

The Republic of Kazakhstan succeeded the fourth biggest nuclear arsenal all over the globe following the collapse of USSR in 1991 [1]. However, the government of the republic led by the first President Nursultan Nazarbayev decided to abandon the nuclear potential in favor of prosperous and peaceful future not only the country, but the whole world.

The will inherited from anti-nuclear movement Nevada-Semipalatinsk (1989) found its prolongation in the political decisions of the independent Kazakhstan. The closure of the second biggest nuclear test site in the world (Semipalatinsk) was supported by abandonment of the nuclear warheads by Nazarbayev who signed the Lisbon Protocol on May 23rd, 1992, along with the leaders of Russia, Ukraine and Belarus.

Table 1. Estimated Warheads in Belarus, Kazakhstan, and Ukraine in 1991[2]

The government of Kazakhstan put the economic development first rather than maintaining its nuclear power. After it got the guarantees from the United States of America and Russia on the security, military and economic aid, the government had transferred all nuclear arsenals to Russia by 1995. Moreover, the Sapphire Project led by the US government realized the removal of enriched plutonium (more than 600 kilograms) by purchasing it for $170 million in 1994. For your interest, that amount of plutonium could be used to build 24 atomic bombs [3]. The Kazakhstani government supported this initiative in order to avoid insecure storage and possible sales to rogue countries or terroristic groups based in such states as Afghanistan, Iraq, Iran, Palestine and others.

In addition, taking into consideration all conditions, Kazakhstan supported the idea of signing a treaty building Central Asia Nuclear Weapon Free Zone with Kyrgyzstan, Tajikistan, Uzbekistan and Turkmenistan on 8th September of 2006. They came to this agreement in nine years from the February 1997 Declaration of Almaty and after lengthy negotiations between themselves, the International Atomic Energy Agency (IAEA), the United Nations Center for Peace and Disarmament in Asia and the Asia-Pacific Region, and foreign ministries of the nuclear powers.

After the treaty has been concluded, its participants have committed themselves not to manufacture, acquire or deploy nuclear weapons and their components in their territories. On the instructions of the experts, this agreement permanently prevents the possibility of returning nuclear weapons to the territory of the nearest neighbor, and thereby uniquely strengthens the global non-proliferation regime. Ban Ki-moon, in a statement, said that the uniqueness of the new nuclear-free zone is that it was the first such zone in the Northern Hemisphere between two nuclear powers as China and Russia and the first in the field of security, covering all five states of Central Asia [4].

It is crucial to mention that The Republic of Kazakhstan is an active member of various international organizations and movements against the usage of nuclear weapons. For instance, START-1 (May, 1992), the Treaty on the Non-Proliferation of Nuclear Weapons (NPT) and the Comprehensive Nuclear Test Ban Treaty (CTBT) since September, 1996. Kazakhstan is a party to all instruments in the field of non-proliferation of nuclear, chemical and biological weapons and actively involved in the Nuclear Suppliers Group, the International Code of Conduct against Ballistic Missile Proliferation (The Hague Code), the Zangger Committee, the Security Initiative on the Spread of Weapons of Mass Destruction, the Global Initiative to Combat Nuclear Terrorism (GICNT), the Global Non-proliferation Partnership.

Currently, Kazakhstan is on the 15th place in the Nuclear Safety Index [5]. Since May 13, 2002, Kazakhstan is a member of the Nuclear Suppliers Group. On July 2005, the Republic of Kazakhstan joined the Karkaw Initiative against the proliferation of weapons of mass destruction; one year later became one of the founders of the Global Initiative to Combat Nuclear Terrorism [6].

In September 2013, Kazakhstan applied for a permanent place of the UN Security Council for the period 2017-2018 as a regional leader and global energy partner security. State was considered to be a significant participant in international peacekeeping operations; therefore it wants to bring its unique experience of solving pressing issues facing the UN Security Council. “Having gained the necessary two-thirds of votes, Kazakhstan was elected a member of the Security Council for a two-year term,” announced the chairman of the UN General Assembly the Danish parliamentarian Mogens Lykketoft in New York at the ongoing 70th session in June 28, 2016. The candidacy of Kazakhstan was supported by 138 out of 193 UN member states that participated in the voting. Kazakhstan became the first Central Asian state elected to the most important UN body.

A key event in the struggle of Kazakhstan for a safe future of civilization was the speech of the President of the Republic at the 70th anniversary session of the UN General Assembly on September 28, 2015. Remembering the atomic bombing of Hiroshima and Nagasaki and the 70th anniversary of that event, he urged to make building a world without nuclear weapons the main goal of humanity in the 21st century. He appealed to the international community and proposed to adopt the UN Universal Declaration on achieving a world free of nuclear weapons. [7] That was the second proposal of this particular initiative made by the head of state after the first at the First Nuclear Security Summit in Washington in the spring of 2010. The initiative was supported by the other states and the Nuclear-Weapons-Free World Declaration at plenary session of UN GA on December 7, 2015.

Along with providing the external policy in the field of non-proliferation and reduction of nuclear weapons, Kazakhstan and its head Nursultan Nazarbayev advocate a peaceful atom. In the international aspect, the International Low Enriched Uranium Bank (LEU Bank), which was first established in the world and entrusted to the republic in 2015, under the auspices of the IAEA, was the unique example of this.

Kazakhstan has a major legacy of radioactive wastes from coal and plutonium mining, industrial activities and nuclear weapon testing. A specific law covers waste management and a new radioactive waste storage and disposal system is under consideration. As an active supporter of nuclear disarmament, Kazakhstan assures the UN member states that the country is going to exert all efforts to enhance international and regional security.