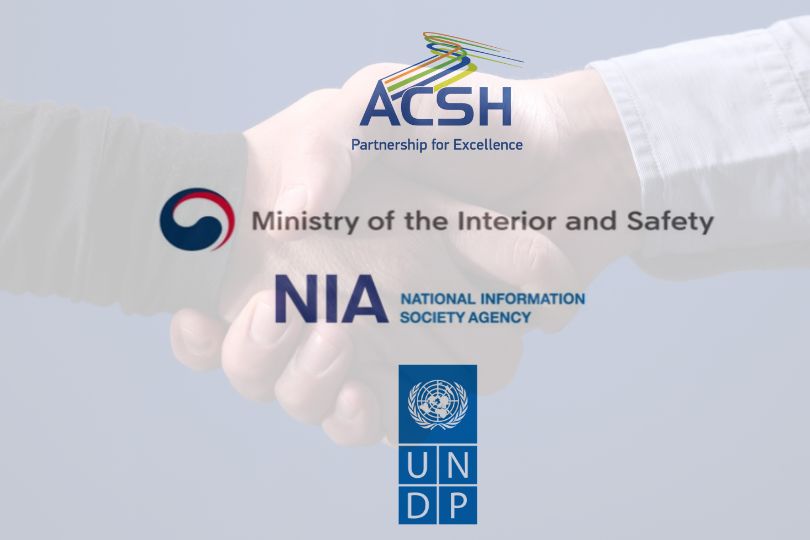 The Government of the Republic of Korea and the Astana Civil Service Hub (ACSH) are embarking on a joint project to enhance the capacity of civil servants and practitioners involved in the implementation of innovations in the public administration system and digitalization of the delivering of public services in the countries of Central Asia (Kazakhstan, Kyrgyzstan, Tajikistan and Uzbekistan) and Caucasus (Azerbaijan, Armenia, Georgia).

This project was initiated by the ACSH in November 2019, during the visit of the Chairman of the Steering Committee of the ACSH, Mr. Alikhan Baimenov to the Republic of Korea, during which he met with the leadership of the MOIS and the NIA.

As a result, in July 2021, a Grant Arrangement Agreement was signed between UNDP and MOIS for the implementation of the project “Capacity Building for Innovations in Governance and Digitalization of Public Services”. The project was officially launched on 24 August 2021 during the meeting of partners, where the project was presented and approved.

In the framework of the project, it is envisioned to conduct analytical studies, workshops to upgrade the skills of civil servants with involvement of leading Korean experts, as well as to organize study visits to government agencies of the Republic of Korea. As a result, civil servants are expected to gain necessary knowledge and skills to identify and implement the best-fit innovative approaches in governance and various methods of delivering public service.

In general, the project is focused on improving the quality of life of citizens, increasing their level of trust in state institutions, and reducing the level of corruption in the public sector.