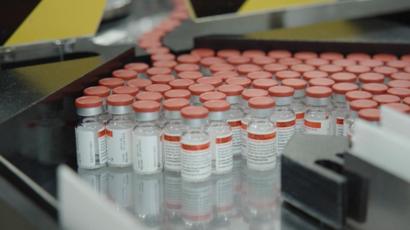 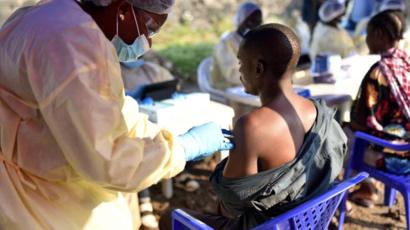 A second Ebola vaccine is to be offered to around 50,000 people in the Democratic Republic of Congo, as part of a major clinical trial.

The Johnson & Johnson (J&J) vaccine will be used alongside a vaccine made by Merck, which has already been given to around 250,000 people.

Merck’s jab has now been approved by the World Health Organization.

More than 2,100 people have died in DR Congo, in the second largest Ebola outbreak on record.

J&J’s vaccine, which requires two doses given 56 days apart, will be available to adults and children over one, living in two areas of the DR Congo city of Goma, where there is no active transmission of the deadly disease.

Goma, which has a population of one million people, is on the border with Rwanda and has a major international airport.

Prof Daniel Bausch, director of the UK Public Health Rapid Support Team, is one of the scientists leading the trial.

He said there was “no contest” between the two vaccines, and both had their advantages and disadvantages.

Merck’s, which is given to those who come into direct and indirect contact with an Ebola patient, could be best used in the middle of an outbreak – while the J&J vaccine could be used to protect people not yet exposed to Ebola.

Prof Bausch said: “The J&J vaccine is not ideally suited to an outbreak setting, primarily because it requires two doses to provide the optimal immunity.”

But he said the vaccine “may provide longer-term immunity, and may be associated with fewer side-effects than a live virus vaccine, like the Merck one”.